Our last day of September we spent with Acid Poptart and her husband a wee gal. They’re making a big move and brought with them some really nice stuff they don’t have room for anymore. Acid got herself all witchy’d up and we headed up to Pyramid Hill Sculpture Park and stopped in at very spots to take photos and video. She wore the owl mask I made, that is now officially apart of Lydia’s (tarot) story. She was wonderful! And here is a look at Madam Lydia: Today I’m working on the video bits to make my promotional video for the tarot deck. I don’t get the chance to do this very often. As of late a few of the nice gals who offered to do such things have flaked out on me. (By the way, I know shit happens, but actually telling me outright instead of acting like a deer in headlights when you see me at an event works far better. Anyone who knows me is aware that I don’t get rattled or upset by much. You don’t owe me anything.) And with Miss Poptart she is so comfortable taking on a character and running with it that she turned out perfect for what I was imaging. I basically wanted a character that could be the Rhiannon described in the Fleetwood Mac song. Now I’m going back to editing. 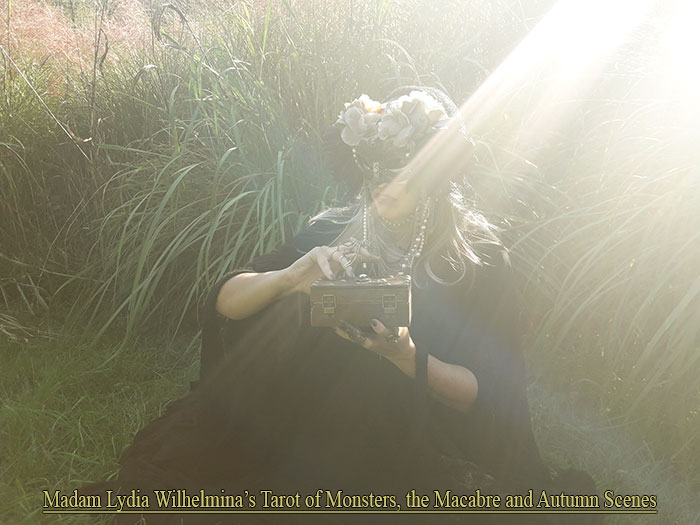